Naval Legends and the Next Generation of Innovators: Introducing the First Recipient of the Raytheon-Zumwalt Scholarship

TEWKSBURY, Mass., June 30, 2014 /PRNewswire/ -- In selecting an icon for younger generations to emulate, one has to look no further than Admiral Elmo R. Zumwalt, Jr. The Admiral, who in his role as Chief of Naval Operations, was a transformational leader widely recognized for modernizing the U.S. Navy.

To view the multimedia assets associated with this release, please click:
http://www.multivu.com/players/English/7255151-raytheon-zumwalt-scholarship-naval-legends-next-generation-of-innovators/

In tribute to the revolutionary contributions of the man and the ship-class that bears his name, the DDG 1000, Raytheon has established the Raytheon-Zumwalt Scholarship to support naval families and champion the educational pursuits of future scientists, technologists and engineers who exemplify Zumwalt's legacy.

As the first recipient of the Raytheon-Zumwalt Scholarship, Harrison Ballard embodies all that the scholarship stands for: dedication, hard work and commitment to academic excellence. Ballard is the son of a retired naval officer, and despite a relocation his senior year in high school to accommodate his father's military career, graduated high school as class salutatorian. He joins Duke University's Class of 2018 pursuing a science degree.

"It was with great pride I learned that you have become the first recipient of the Raytheon-Zumwalt Endowed Scholarship Award," said James G. Zumwalt, son of the late Admiral Zumwalt, upon learning of Ballard's mark of distinction. "My late father devoted his life, both in and out of uniform, to positively impacting on the lives of his fellow man. It is my hope you embrace such a philosophy of selflessness as you embark upon your life's career."

As a technology and innovation leader, Raytheon proudly supports the educational goals of today's college-bound students and encourages their pursuit of a degree in science, technology, engineering or mathematics. Through this scholarship, Raytheon is committed to inspiring the next generation of innovators to make great contributions to the country's future in the spirit of Admiral Zumwalt.

About the Raytheon-Zumwalt Scholarship
Established through the Anchor Scholarship Foundation, Raytheon funded a $125,000 endowment to support an ongoing program to provide annual scholarships to students pursuing a four-year degree in a STEM (Science, Technology, Engineering, and Math) related field. Candidates must be either a dependent child or a spouse of a U.S. Navy Surface Force service member - officer or enlisted; active duty or retired. The recipient will receive a $20,000 scholarship ($5000/year in pursuit of a 4 year degree) provided eligibility requirements are met each year (degree focus, sustained 3.0 GPA, etc.).

About Raytheon
Raytheon Company (NYSE: RTN), with 2013 sales of $24 billion and 63,000 employees worldwide, is a technology and innovation leader specializing in defense, security and civil markets throughout the world. With a history of innovation spanning 92 years, Raytheon provides state-of-the-art electronics, mission systems integration and other capabilities in the areas of sensing; effects; and command, control, communications and intelligence systems, as well as cyber security and a broad range of mission support services. Raytheon is headquartered in Waltham, Mass. For more about Raytheon, visit us at www.raytheon.com and follow us on Twitter @raytheon. 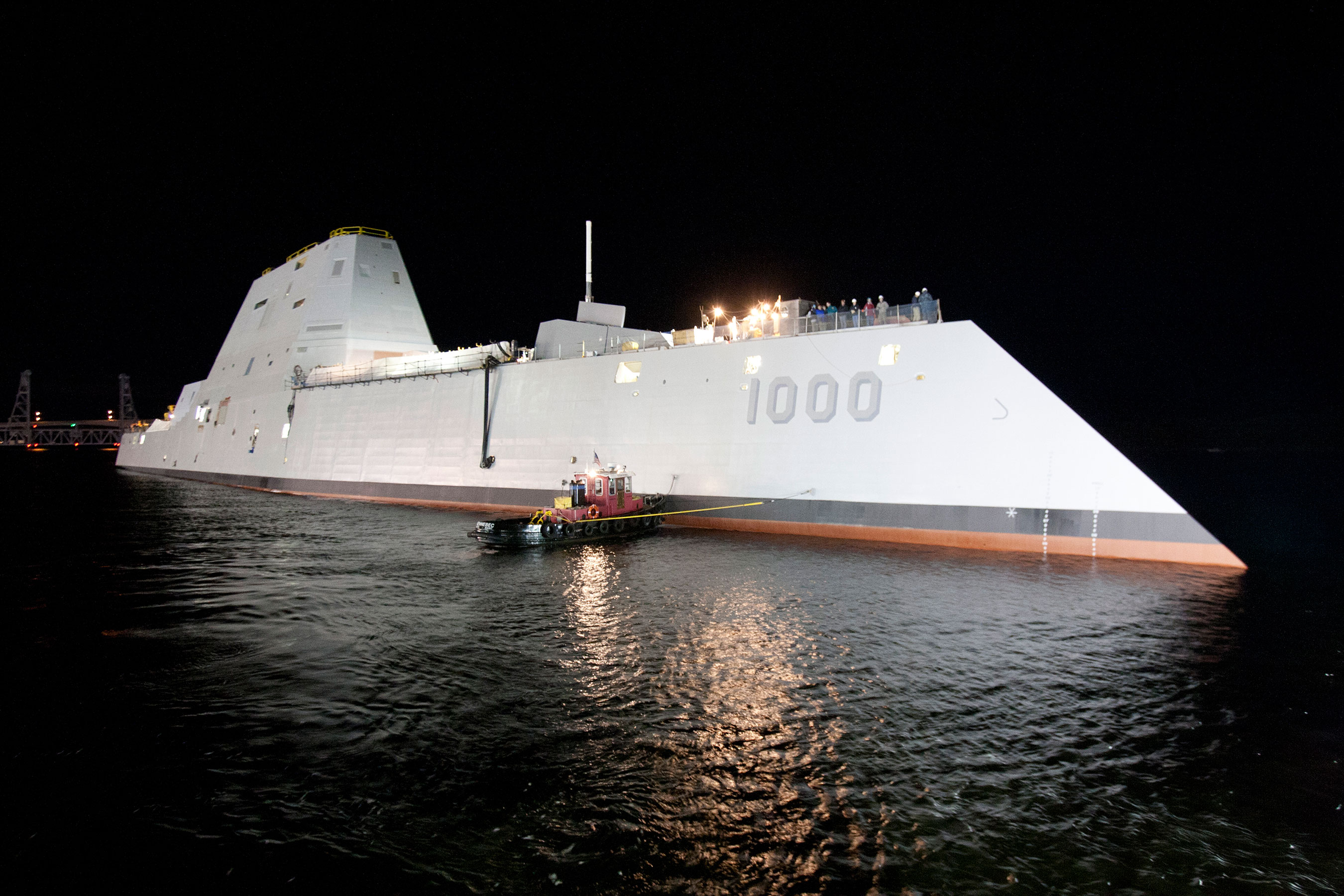 To view the multimedia assets associated with this release, please click:
http://www.multivu.com/players/English/7255151-raytheon-zumwalt-scholarship-naval-legends-next-generation-of-innovators/