TEWKSBURY, Mass., April 6, 2017 /PRNewswire/ -- Ballistic missiles will soon be easier to detect and defeat.  The U.S. Missile Defense Agency has awarded Raytheon Company (NYSE: RTN) a $10 million contract modification to continue the development of hardware and software that will add gallium nitride, or GaN semiconductor technology to the AN/TPY-2 ballistic missile defense radar. 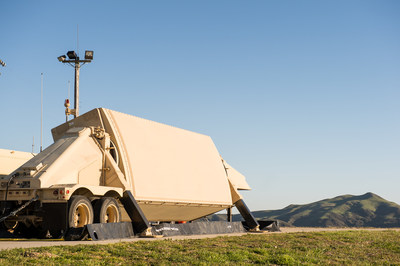 The AN/TPY-2 is on pace to be the world's first transportable, land-based ballistic missile defense radar to use GaN technology.

About GaN
Raytheon has led development and innovative use of GaN for 19 years and has invested more than $200 million to get this latest technology into the hands of military members faster and at lower cost and risk. Raytheon has demonstrated the maturity of the technology in a number of ways, including exceeding the reliability requirement for insertion into the production of military systems.

About Raytheon
Raytheon Company, with 2016 sales of $24 billion and 63,000 employees, is a technology and innovation leader specializing in defense, civil government and cybersecurity solutions. With a history of innovation spanning 95 years, Raytheon provides state-of-the-art electronics, mission systems integration, C5I™ products and services, sensing, effects, and mission support for customers in more than 80 countries. Raytheon is headquartered in Waltham, Massachusetts. Follow us on Twitter @Raytheon.