Robert O. Work elected to Raytheon Board of Directors

WALTHAM, Mass., Aug. 14, 2017 /PRNewswire/ -- The Board of Directors of Raytheon Company (NYSE: RTN) has elected Robert O. Work as a director, effective immediately. Work, 64, was appointed the 31st Deputy Secretary of Defense by President Barack Obama in 2014, a position he held through July 2017. 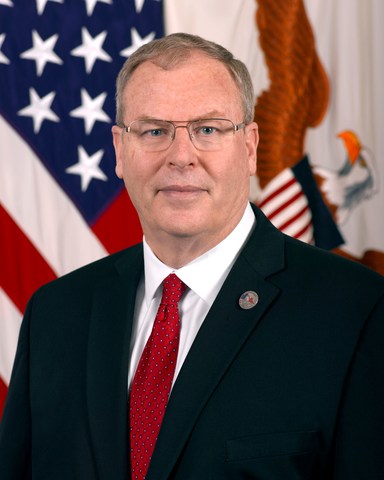 "Bob is well known in both the public and private sectors for his significant expertise in global security matters, most especially in the areas of defense strategy, advanced technologies, international studies and acquisition reform," said Thomas A. Kennedy, Raytheon Company Chairman and CEO. "In an era of rapid technological and geo-political change, Bob's vision and expertise will serve us well as we continue to shape our company for future success."

Work is a distinguished graduate of the Naval Reserve Officers Training Course at the University of Illinois, and was commissioned a second lieutenant in the U.S. Marine Corps in 1974. During his 27-year military career, he held a wide range of command, leadership and management positions. He commanded an artillery battery and a battalion, and was the base commander at Camp Fuji, Japan.  His last assignment was as military assistant and senior aide to the Honorable Richard Danzig, 71st Secretary of the Navy. Work retired from the military in 2001 with the rank of colonel.

In 2002, Work joined the Center for Strategic and Budgetary Assessments (CSBA), first as a Senior Fellow for Maritime Affairs and later as the Vice President for Strategic Studies. In 2009, he was appointed by President Obama to serve as the Undersecretary of the Navy, a position he held until 2013. From 2013 to 2014 he served as Chief Executive Officer of the Center for New American Security (CNAS), before returning to the Pentagon with his appointment as Deputy Secretary of Defense.

Work has served as an adjunct professor at George Washington University, where he taught defense analysis and roles and missions of the armed forces. He earned a Bachelor of Science degree in biology from the University of Illinois at Urbana-Champaign; a Master of Science in systems management from the University of Southern California; a Master of Science in space system operations from the Naval Postgraduate School; and a master's in international public policy from the Johns Hopkins School of Advanced International Studies. He is a member of the International Institute for Strategic Studies (IISS).