WARSAW, Poland, March 28, 2018 /PRNewswire/ -- The government of Poland signed an agreement to purchase Raytheon's (NYSE: RTN) combat proven Patriot™ from the U.S. Army. The agreement, formally referred to as a Letter of Offer and Acceptance, paves the way for Poland's Patriot force to rapidly reach Initial Operational Capability, and sets the stage for the U.S. government to begin contract negotiations with Raytheon and its industry partners. 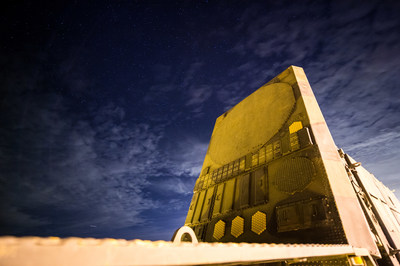 "Poland joins the now 15 nation strong group of countries which trust Patriot to defend their citizens, military and sovereignty," said Wes Kremer, President of Raytheon Integrated Defense Systems. "Poland's procurement of Patriot strengthens Trans-Atlantic partnership and security by enabling a common approach to Integrated Air and Missile Defense, and creating jobs in the US and Poland."

NATO Nations with Patriot:  The US, Germany, Greece, the Netherlands, and Spain currently have Patriot. On Nov. 29th, Romania signed an LOA for Patriot, making it the 6th NATO member state to procure Patriot. Additionally, a Congressional notification regarding a potential Patriot sale to Sweden has been completed.

Patriot in Poland: Prior to signing the LOA, Poland agreed to an industrial-participation proposal offered by Raytheon and its industry partners. To facilitate Poland's self-sufficiency, which is required by Polish law, Raytheon will transfer technology to the extent permitted by US law and regulations.

Raytheon Company, with 2017 sales of $25 billion and 64,000 employees, is a technology and innovation leader specializing in defense, civil government and cybersecurity solutions. With a history of innovation spanning 96 years, Raytheon provides state-of-the-art electronics, mission systems integration, C5ITM products and services, sensing, effects, and mission support for customers in more than 80 countries. Raytheon is headquartered in Waltham, Mass. Follow us on Twitter. 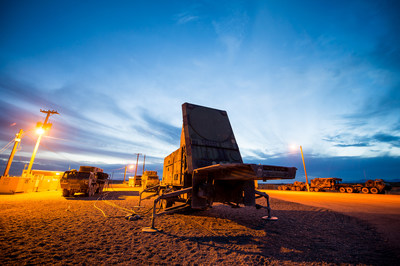 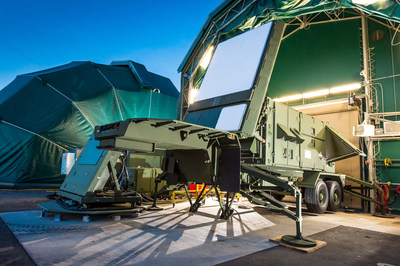 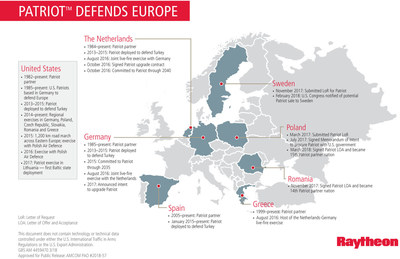