DULLES, Va., April 16, 2018 /PRNewswire/ -- Raytheon's (NYSE: RTN) Dave Wajsgras, president of Raytheon Intelligence, Information and Services, received FCW's Eagle Award, presented annually to two honorees: one from industry and one from government. A panel of judges made up of government and industry leaders selected Wajsgras from the federal IT community and FCW Fed100 award recipients. 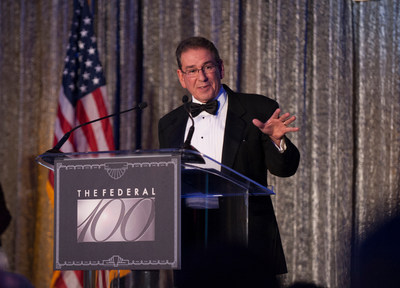 Wajsgras was recognized for his leadership of critical programs that directly contribute to the safety and security of the U.S. and its allies. Among those achievements is DOMino, a Department of Homeland Security program that defends the .gov web domain against cyber threats. DOMino protects the networks of more than 100 federal agencies, state and local governments and 16 critical infrastructure sectors.

Another is the Air and Space Operations Center Weapon System, or AOC WS. Raytheon is updating the existing AOC WS baseline software and developing new software applications to improve air and space command and control operations for the U.S. Air Force.

During his acceptance speech, Wajsgras said that while the growing interconnectivity of the world offers many benefits, it also opens up a new and contested threat domain.  "We in this room need to be the enablers of these benefits, but we also need to be the foundational security," said Wajsgras.

FCW highlighted Wajsgras's ability to push the innovation envelope, and the manner in which he has repositioned Raytheon's IIS business as an industry leader in cyber, analytics and automation.

Wajsgras was also noted for his leadership of STEM education and his support of service members, veterans and military families. Raytheon is the lead sponsor of the National Collegiate Cyber Defense Competition that trains students on how to defend networks against real-world cyber attacks.