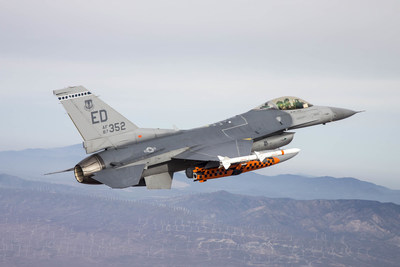 JSM is a long-distance, anti-ship missile designed to take on high-value, heavily defended land targets. In the latest test conducted at the Utah Test and Training Range, an F-16 fired the missile that flew toward a pre-programmed target location, covering varied terrain and altitudes. JSM's seeker scanned the target area and instead of homing in on a dummy target, the missile diverted to hit the actual target.

"JSM demonstrated its remarkable ability to recognize and destroy specific targets in challenging flight conditions," said Mike Jarrett, Raytheon Air Warfare Systems vice president. "This test signaled the completion of an important phase of development, and showed promising progress for this missile to outpace some of today's toughest defense systems."

JSM is an evolution of the Naval Strike Missile that was originally developed for Norway's navy, and offered by Raytheon and Kongsberg for the U.S. Navy's over-the-horizon weapon system acquired by the Navy.

About Kongsberg
Kongsberg (OSE-ticker: KOG) is an international, knowledge-based group delivering high-technology systems and solutions to clients within the oil and gas industry, merchant marine, defence and aerospace. Kongsberg has 7,000 employees located in more than 25 countries and total revenues of NOK 14.5 billion in 2017. Follow us on Twitter.