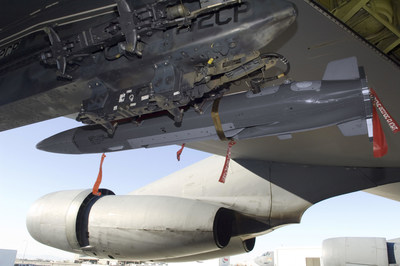 The MALD system is an air-launched missile with both decoy and jamming capabilities that can electronically stimulate and then neutralize enemy air defense systems. Raytheon produces the MALD-J jamming variant, and is also developing a system for the U.S. Navy.

"MALD gives fighter pilots control of the skies, so they can stay out of harm's way," said Mike Jarrett, Raytheon Air Warfare Systems vice president. "We're at the leading edge of electronic warfare, to defeat the most advanced air defense systems."

The Air Force has completed aircraft integration and the Navy is planning to integrate the missile onto their fleet aircraft.