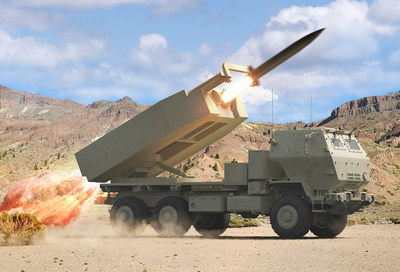 The DeepStrike missile meets the Army's Precision Strike Missile, or PrSM, requirement, and will replace the current missile that was designed in the 1970s and is approaching the end of its service life. During the Preliminary Design Review, the Army evaluated every aspect of the new missile's design, from its advanced propulsion system and innovative lethality package to its guidance system.

"Completion of Raytheon's PrSM Preliminary Design Review helps us accelerate development and fielding of this high priority Army program," said Col. Chris Mills, U.S. Army program manager for Precision Fires, Rocket and Missile Systems. "We are now ready to move to test and integration activities that will lead to a demonstration of PrSM's new capabilities."

The DeepStrike missile will defeat fixed land targets 60-499 kilometers away, improve effectiveness and responsiveness compared to current systems, and restore the Army's capability to overmatch adversaries. It will also be upgradable to keep U.S. soldiers ahead of the threat.

Raytheon Company (NYSE: RTN), with 2018 sales of $27 billion and 67,000 employees, is a technology and innovation leader specializing in defense, civil government and cybersecurity solutions. With a history of innovation spanning 97 years, Raytheon provides state-of-the-art electronics, mission systems integration, C5ITM products and services, sensing, effects, and mission support for customers in more than 80 countries. Raytheon is headquartered in Waltham, Massachusetts. Follow us on Twitter