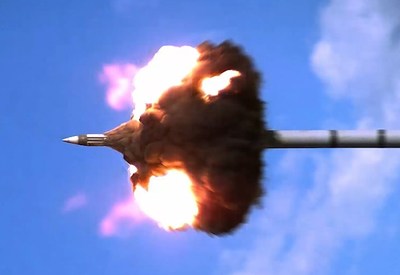 Designed to be fired from the Navy's five-inch guns, Excalibur N5 is the sea-based variant of the revolutionary, extended-range, precision munition used by ground forces around the globe. The Excalibur weapon provides accurate, first-round effects at all ranges in all weather conditions.

Excalibur is a true precision weapon, impacting at a radial miss distance of less than two meters from the target. Widely used by U.S. and international artillery forces, Excalibur has been fired more than 1,400 times in combat. The precision-guided projectile was co-developed by Raytheon Company and BAE Systems Bofors.

Besides N5, Raytheon has developed other variants such as the laser-guided Excalibur S, Excalibur HTK and Excalibur Shaped Charged Trajectory.

About Raytheon
Raytheon Company (NYSE: RTN), with 2018 sales of $27 billion and 67,000 employees, is a technology and innovation leader specializing in defense, civil government and cybersecurity solutions. With a history of innovation spanning 97 years, Raytheon provides state-of-the-art electronics, mission systems integration, C5I® products and services, sensing, effects, and mission support for customers in more than 80 countries. Raytheon is headquartered in Waltham, Massachusetts. Follow us on Twitter