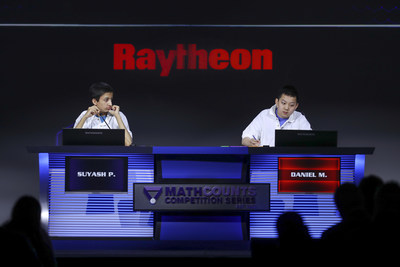 Daniel Mai won the final round of the 2019 Raytheon MATHCOUNTS National Competition by answering the question: "What is the quotient of 5040 divided by the product of its unique prime factors?" during the Countdown Round, in which the top 12 Mathletes competed in head-to-head matchups. He gave the correct answer, 24, in just 22.53 seconds. As National Champion, Daniel Mai is the recipient of the $20,000 Donald G. Weinert College Scholarship and a trip to U.S. Space Camp.

Daniel Mai was the second-ranked competitor going into the Countdown Round, based on his written test scores. Eighth grader Suyash Pandit, 14, of Portland, Oregon, was the Countdown Round Runner-Up. The other two semifinalists were both from Virginia, Samuel Wang and Ethan Zhou.

Taking place 50 years after the first moon landing, the 2019 Raytheon MATHCOUNTS National Competition commemorated the moonshot achievements of yesterday by celebrating the moonshot thinkers of tomorrow.

"Congratulations to Daniel Mai and all the competitors from across the country who embraced their love of math and participated in the MATHCOUNTS National Competition," said Raytheon Chairman and CEO Tom Kennedy. "Like the pioneers who helped send humans to the moon and back, your dedication and perseverance show that the next generation will soon be ready to help unlock the moonshots of tomorrow."

This is the 11th year that Raytheon Company (NYSE: RTN) has served as Title Sponsor of the MATHCOUNTS National Competition as part of its global commitment to science, technology, engineering and math (STEM) education. To continue developing the next generation of STEM innovators and professionals, Raytheon has extended its sponsorship of this elite math competition through 2025.

Daniel Mai was among 224 competitors from all 50 states, plus U.S. territories and schools that serve the U.S. State and Defense departments, who traveled to Orlando after earning a spot in the national competition. More than 90,000 students participated in the local and state competitions that led to this weekend's event, the 36th in the MATHCOUNTS Foundation's history. 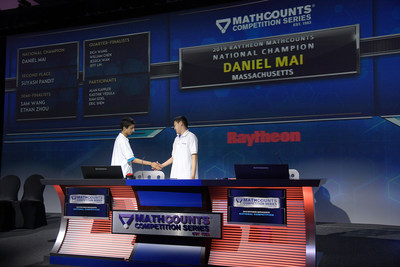