New facilities and tools will speed development of military software 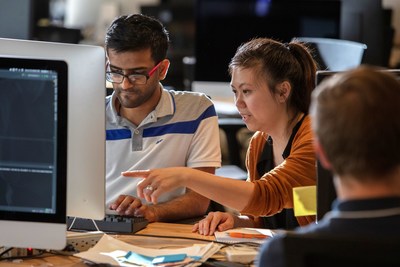 "In a world where threats evolve fast, software must evolve faster," said Todd Probert, vice president for Raytheon Intelligence, Information and Services. "The average consumer can expect to get new apps every day; why can't soldiers expect the same?"

Historically, government agencies — particularly the military — would develop software the same way they developed hardware, a process that could take years and sometimes decades. But, military leaders are asking industry to change how they develop software, by taking a page from the consumer technology world.

Raytheon is doing just that. Raytheon's virtual software factory provides engineers with automated tools, services and standards, kick-starting the adoption of modern software development methods like Agile and DevOps across the company's programs.

These tools include what the company is calling a "pipeline-in-a-box," a cloud-based toolset that automates all the steps in the software delivery process. It can start integrating code, run automated tests, check for cyber vulnerabilities and deploy software to production. Because it is virtual, the toolset can easily be used at any of the company's facilities without special equipment or new construction.

The company is also building training rooms, called dojos, in many of its facilities to maximize collaboration. The first, in Raytheon's Cityline facility outside Dallas, is dedicated to speeding development of some of the company's space programs. Raytheon's Aurora, Colorado, facility outside Denver also has a dojo for local programs.

Expanding on the dojo concept, the company has started developing more advanced coding hubs called foundries. The first is being built in Raytheon's Indianapolis factory.

"Our Indianapolis foundry will feature a modern coding space, with paired-programming stations, game areas and small huddle rooms," said Dave Broadbent, Raytheon IIS vice president for contracts and supply chain. "It's not what people might expect from a traditional defense contractor, but this facility and the ones that will follow are going to help us recruit and retain the best software talent."

Raytheon plans to build new foundries around the country, both in existing company locations and new ones.

"Our customers expect us to deliver capabilities faster than ever before," said John DeSimone, Raytheon IIS vice president for Cybersecurity and Special Missions. "Our virtual software factory is what's allowing us to do that."